Del Rio Real Estate Inc. is a team of Baton Rouge natives who have a lifetime of experience learning the area and being a part of its communities. We know our city, and we want to know you.
Our real estate advisors have YOU in mind throughout the entire process. We spend time getting to know your desires and needs in a home buying or selling process, and we make it happen FOR you.
We take what we do seriously, but that doesn’t mean it can’t be fun. Buying or selling your home is a life-changing experience. We’re here to help so that you can enjoy the process and embrace an exciting change of seasons. We're your local Baton Rouge real estate agents. Let us do the work for you.

Jerry has been opening doors for clients for the past 30 years. As a life-long resident of Baton Rouge, she is familiar with every area of the city. She has 4 grown children and 13 grandchildren. Her family life often crosses over into her business in real estate. Many clients that she helps with their estate needs become some of her closest friends. Her clients appreciate her ability to always find a great home for years to come or for a short while. She is very involved in the community and was named one of the 2010 Influential Women in Business while being President of the Greater Baton Rouge Board of Realtors. Being a realtor comes naturally to Jerry as she truly loves people and enjoys introducing them to Baton Rouge. She provides valuable insight to her clients while assisting them in either selling or buying a home. She works diligently with clients to provide the best service while providing a little something extra------friendship!

Get in touch with an agent.

As a life-long resident of Baton Rouge, Miriam knows her city and its people. With her intimate knowledge and familiarity of Baton Rouge and the characteristics of each neighborhood, she is able to successfully locate the perfect area and home to meet the specific needs of her client's lifestyle. Miriam brings passion, enthusiasm, determination, diligence, and an eye for detail to each of her Real Estate clients. As a graduate from Louisiana State University, with an Undergraduate Degree in Marketing and a Master's Degree in Human Resource Development, Miriam has been able to provide her buyers and sellers with expert knowledge and guidance needed for each and every transaction. She recognizes the importance of relationship building and naturally establishes genuine friendships with everyone she meets. When not assisting clients, Miriam loves spending time with her husband, four energetic boys, friends, and extended family. She also enjoys playing tennis, practicing Pilates, walking, reading, and traveling. Miriam is committed to providing the highest level of service to every buyer and seller she represents. Her competitive spirit, enthusiasm, professionalism, networking, and negotiating skills all contribute to her client's success.

A lifelong resident of Baton Rouge, Renee’ Bachaleda brings Southern hospitality and professionalism to her clients in the Baton Rouge area real estate market. Her knowledge of the area’s residential listings has afforded her clients with the most up to date feedback on the state of the market, it’s trends, comparable sales and property values, thus giving them a realistic value on what they can expect to achieve in today’s market. Prior to entering a career in real estate Renee’ was part owner of a local home staging company. With her keen sense of style and affinity for home design, Renee’ can be a beneficial aid to the sale of your home or to the purchase of your new home. Leveraging her prior accomplishments and combining them with an outstanding client service, marketing techniques, personal touches, proficient negotiating skills and pure tenacity, you can be sure Renee’ will have your best interest at heart. Whether you are searching for your dream home, thinking about selling your current home or looking for an investment opportunity, you can feel confident that Renee’ can help you to fulfill those goals.

Although I was born and raised in Indiana, Louisiana has been home to me for forty-seven years. I received my Bachelor’s Degree in Elementary Education from Indiana State University, where I became a lifetime member of Sigma Kappa Sorority. Upon graduation, I moved to Louisiana and attended graduate school at Louisiana State University. Shortly thereafter, I obtained a Master’s Degree in Supervision and a Specialist Degree in Administration. I retired after nearly thirty-five years as an educator and middle school disciplinarian.

My hobbies and interests include playing classical music on the piano, traveling, and spoiling my 3.2 pound Yorkie. Over the last few years, I have planned nearly a dozen galas for Kiwanis International of LAMISSTENN, my local Kiwanis Organization, Inter-Civic Council of Greater Baton Rouge, and Altrusa International. I also enjoy interior decorating, as there always seems to be a project going on in my home.

After retiring from the education arena, I became a real estate professional. Shortly thereafter, I was named the “Rookie of the Year”. I have served and/or chaired eleven committees for the Greater Baton Rouge Association of Realtors. In addition, I received the “Rising Star Award” from the Greater Baton Rouge Association of Realtors at their installation and awards luncheon. In 2016 I was nominated for “Humanitarian of the Year”.

I have been a member of The Institute for Luxury Home Marketing since 2009. I have served as Red Stick Kiwanis President 2012-2014, and I was named Kiwanian of the Year 2014-2015, as well as Kiwanian of the Decade 2016-2017. I recently received the Olin K. Dart, Jr. Kiwanian of the Year Award 2018-2019. Currently I am serving as LAMISSTENN Lieutenant Governor for District 8E 2018- 2020. In addition, I am serving as President of the Inter-Civic Council of Greater Baton Rouge 2019, which is made up of 50 non-profit organizations. ICCGBR partners with The Advocate to name the recipient of the Golden Deeds Award.

My motto is INTEGRITY, SERVICE, and RESULTS in not only real estate, but all that I do.

Martha contributes her 17 years of success in the real estate market to the personal time she spent building and remodeling more than two dozen homes. In addition, her negotiating and human relationship skill were formed from while working in Corporate America.

Her work history included AT&T South East Vice President for Business Sales. In addition she worked In marketing and lobbying for a local and State Rural Electric Cooperative.

She moved to Baton Rouge after she received her B.S. degree from TCU 40 years ago and became very active in local civic and volunteer organizations.

Martha works her real estate business based on friends, family and referrals. She is married to “Buddy” Wells, mother of three grown children and grandmother to five grandchildren.

Susanne is a Registered Nurse with critical care experience. For years, she cared for people who had serious problems; she worked with not only the patient, but with the family too. She absolutely loves helping people.

After many years of serious nursing, Susanne felt she needed a change but still wanted to help people. Real estate was the perfect venue for her. Susanne says it’s so much fun for her to help someone find the house that they’re searching for; she goes above and beyond looking for that exact specification that they are asking for (i.e. price, location, etc.) She’s been very successful and loves what she does. Susanne says she feels good when she hears from clients, “This is it! It’s exactly what I wanted!” That makes a win for them and a win for her.

Linda Williams is a native of Birmingham, Al. but has lived in the Baton Rouge area for many years. During the years she was living and working in Alabama, she was a Realtor, Contractor and Land Developer. She was active in the Home Builders Association of Alabama and served as Governmental Affairs Chairman for two years.

Her contracting business earned her Gold Awards in the annual Association of HomeBuilders Parade of Homes.

She was also a Developer, Contractor, Sales Manager and Broker for over 170 homes she built in a suburb, Gardendale, Alabama.

In Hoover, Alabama she continued her business and excelled at working with other Contractors as a knowledgeable multi-million dollar sales producer.

In 2006 Linda decided to return to Louisiana to be close to her extended family and to continue her career as a Broker and Agent.

Linda now enjoys sharing her knowledge with family, friends and new acquaintances to sell or find a home or new property investment.

Call, text or email Linda with any real estate questions, concerns and inquiries.

Elizabeth is also a certified Pilates instructor and entrepreneur having owned a successful business for 15 years. She understands the importance of marketing and customer service from all of her years as a business owner. Elizabeth loves getting to know her clients and helping them achieve their goals.

Robert Lynch was raised in Baton Rouge, Louisiana and presently lives in the Settlement at Willow Grove. He graduated from Louisiana State University in 1992. In 1993 he received his Residential and Commercial Contractor’s License as well as his Realtors License. In 1995 Robert received his Real Estate Broker’s License. Robert is a member of both the Capital Region Builders Association and the Greater Baton Rouge Association of Realtors. He has been in the real estate business both selling and building for over 20 plus years. Robert is the father of three children who attend St. Josephs Academy, Catholic High School and LSU. Robert attends church at Chapel in The Oaks on Siegen Lane. As both a builder and realtor Robert can give you his unique perspective to make the best home decision for you and your family. 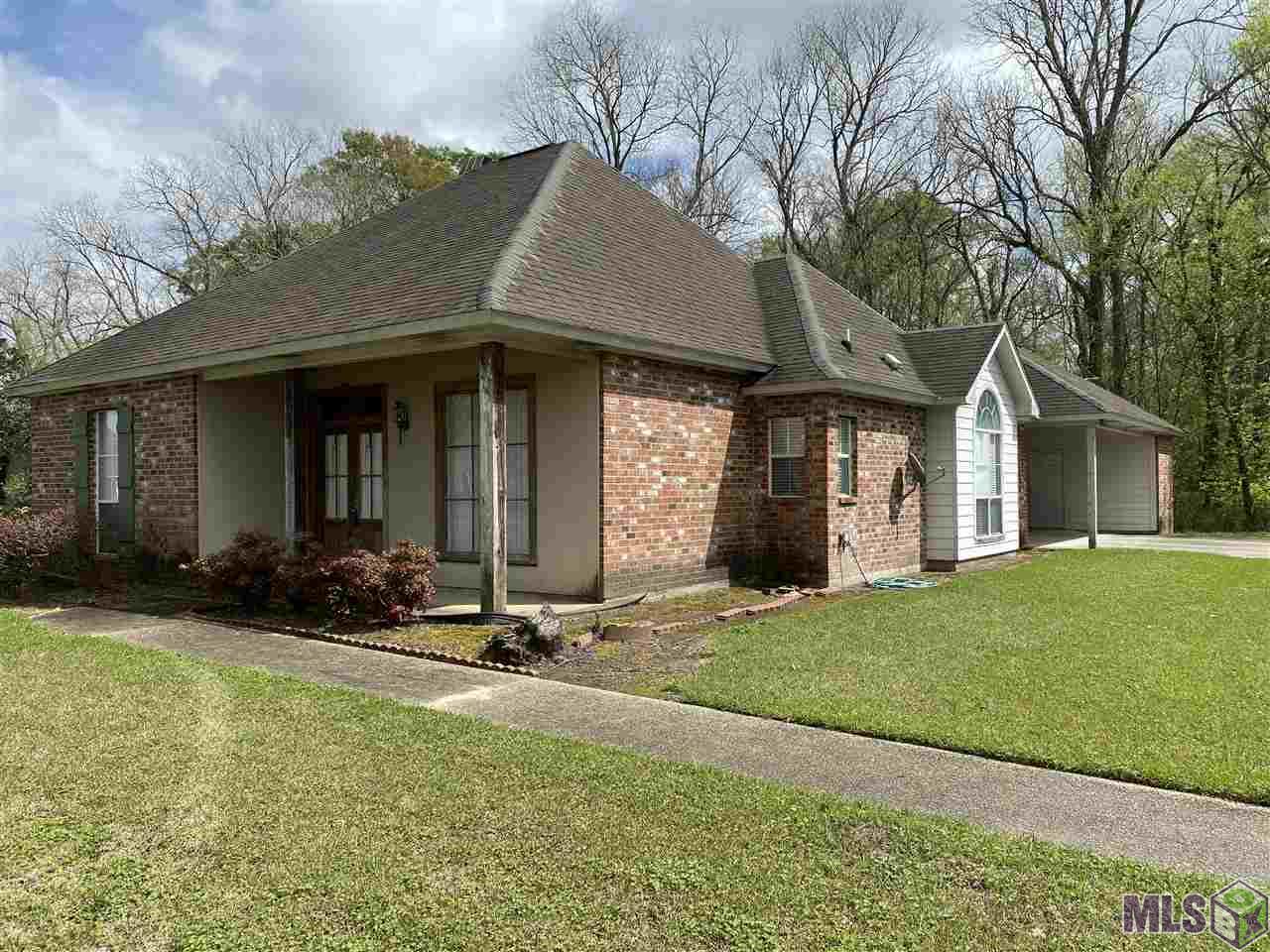 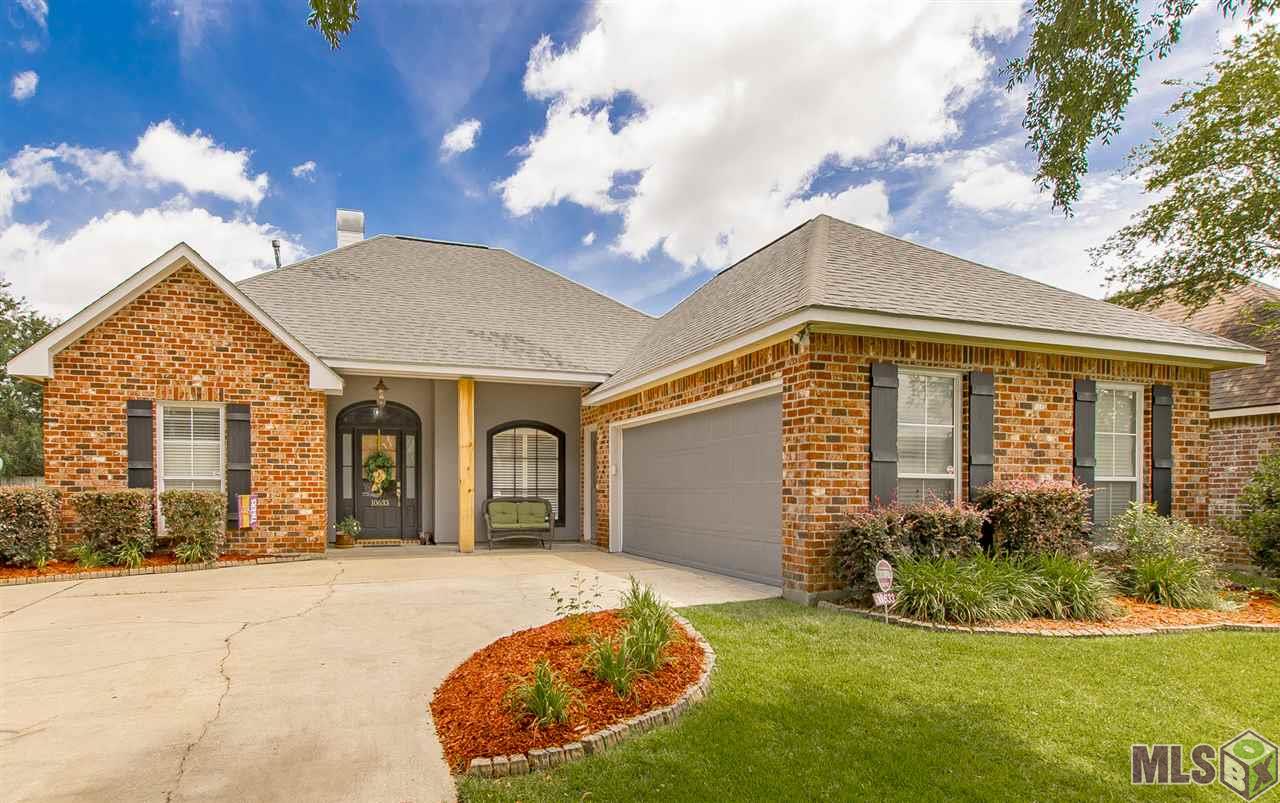 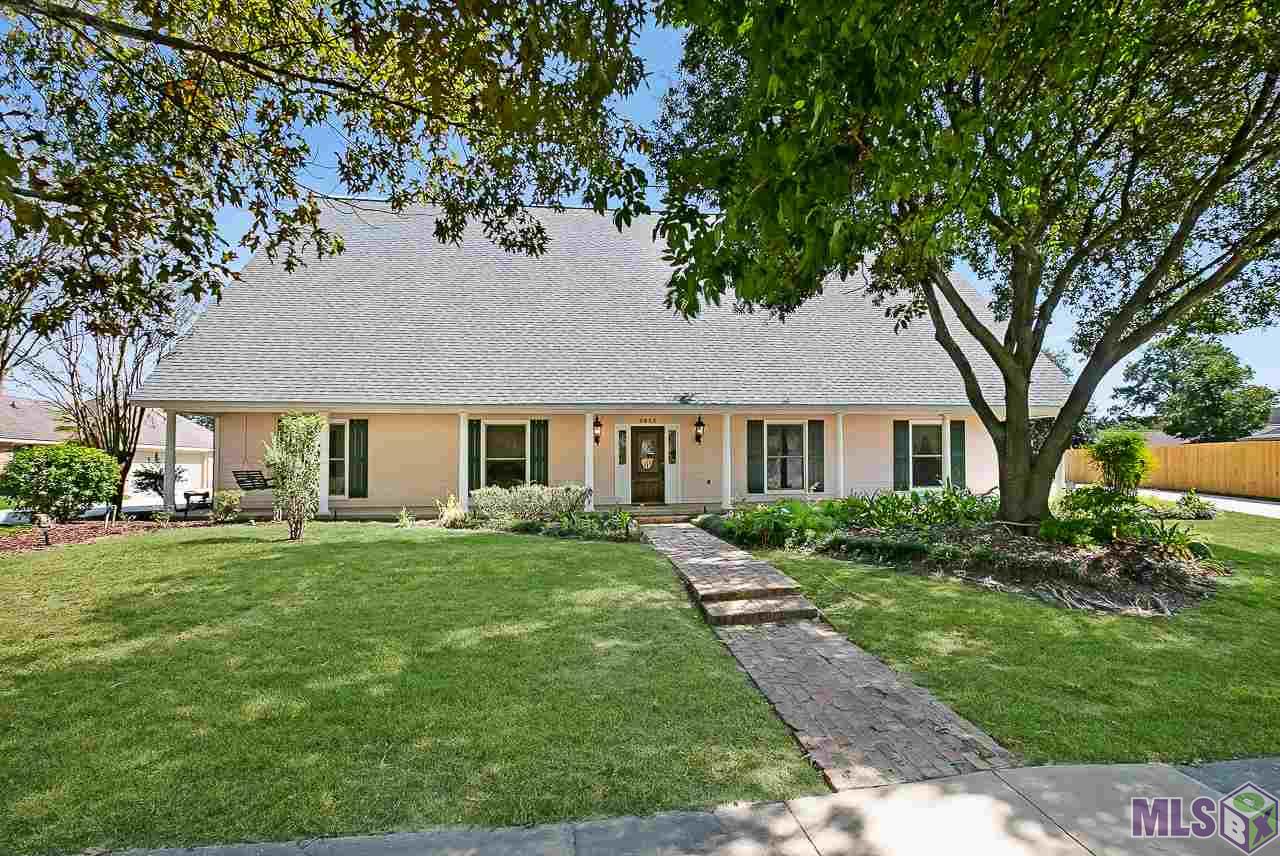 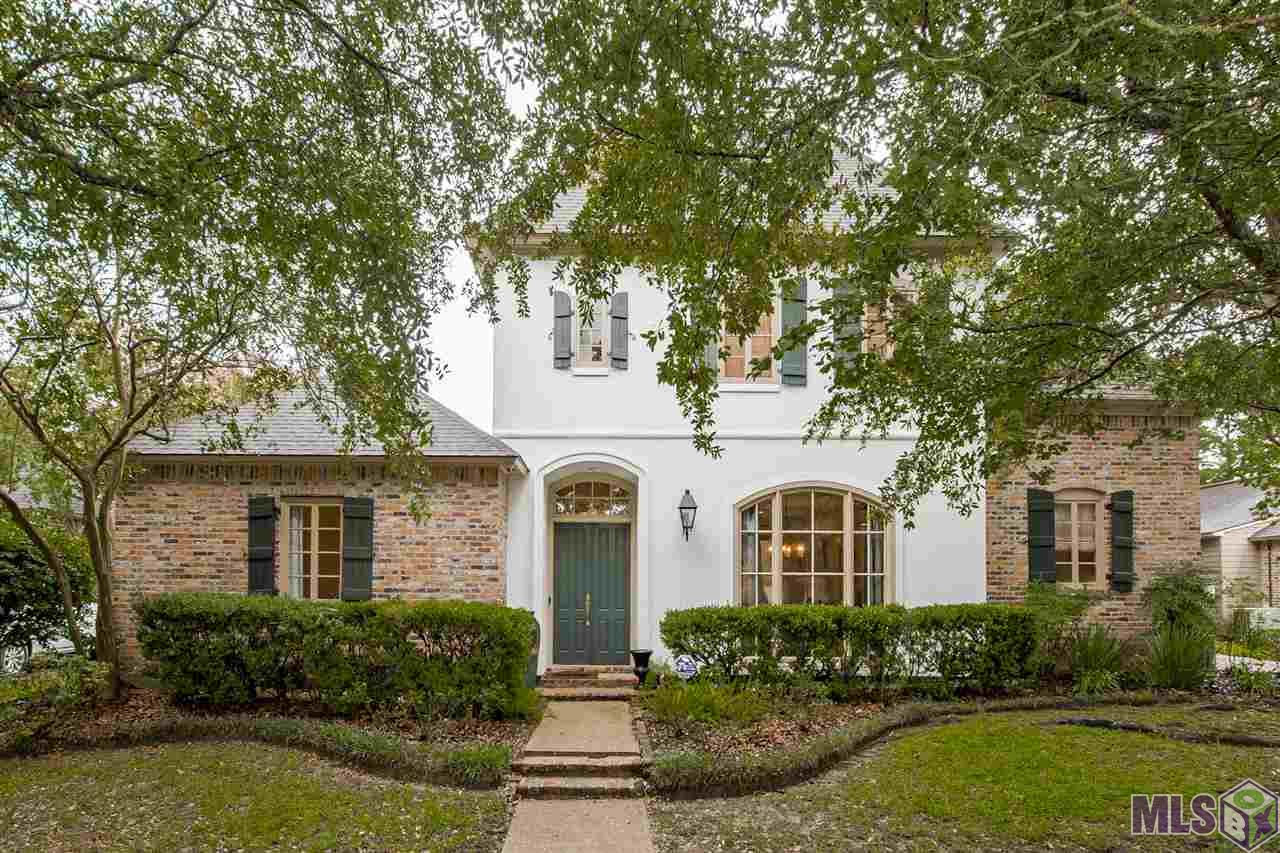 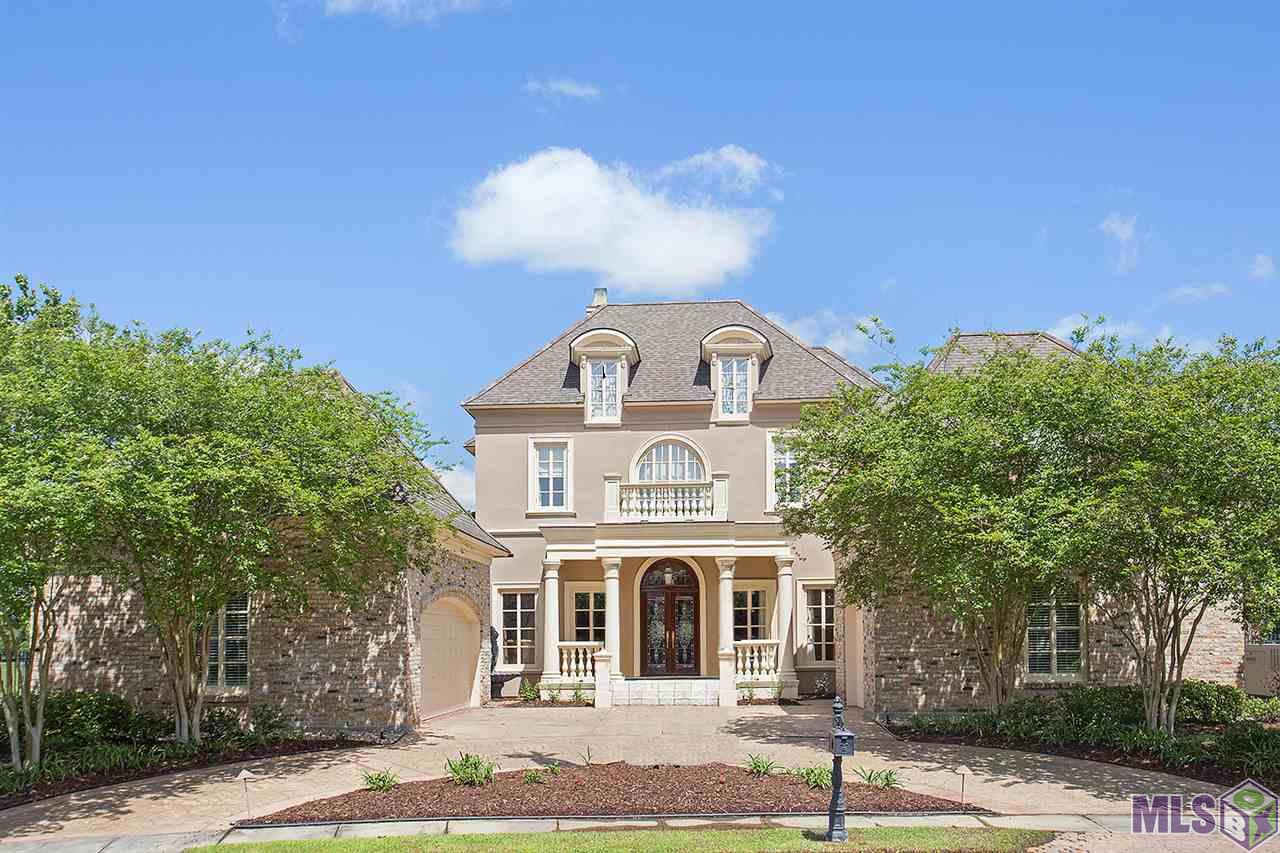 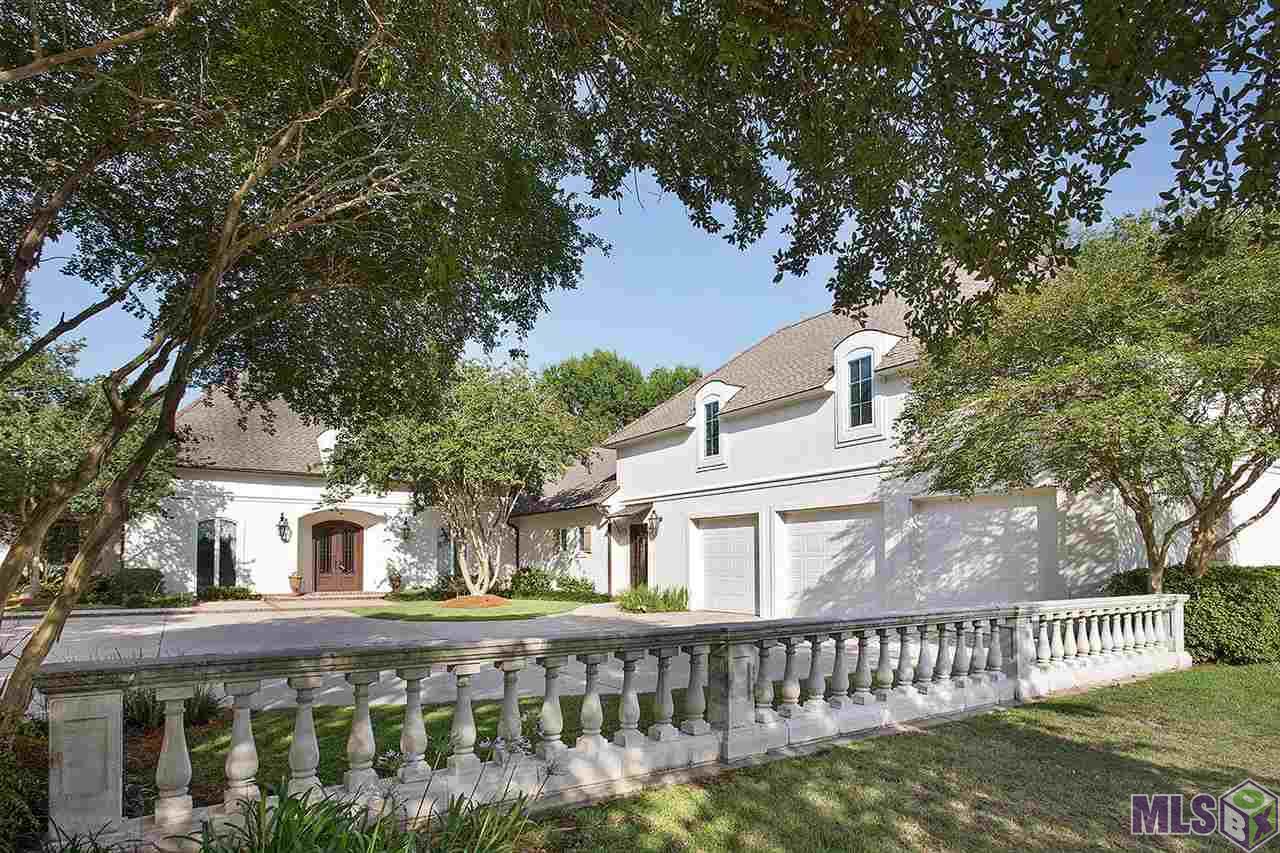 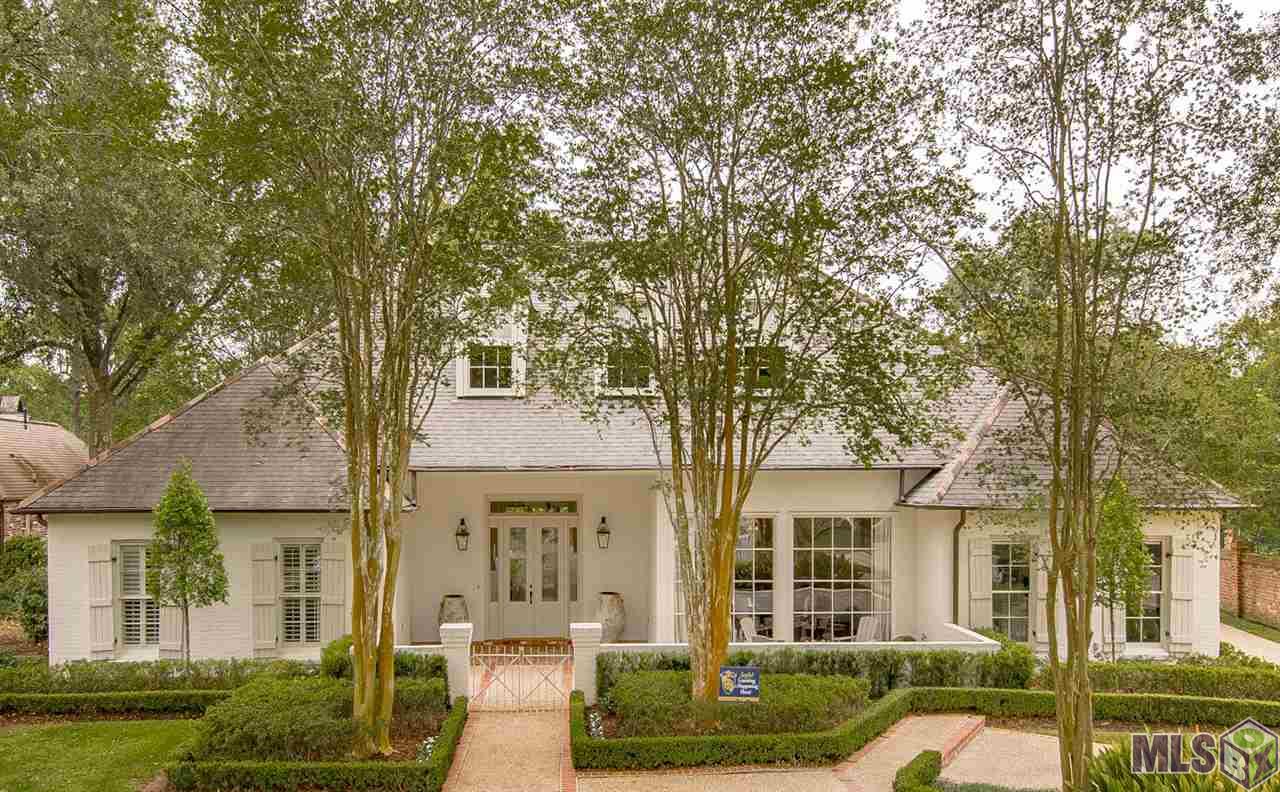 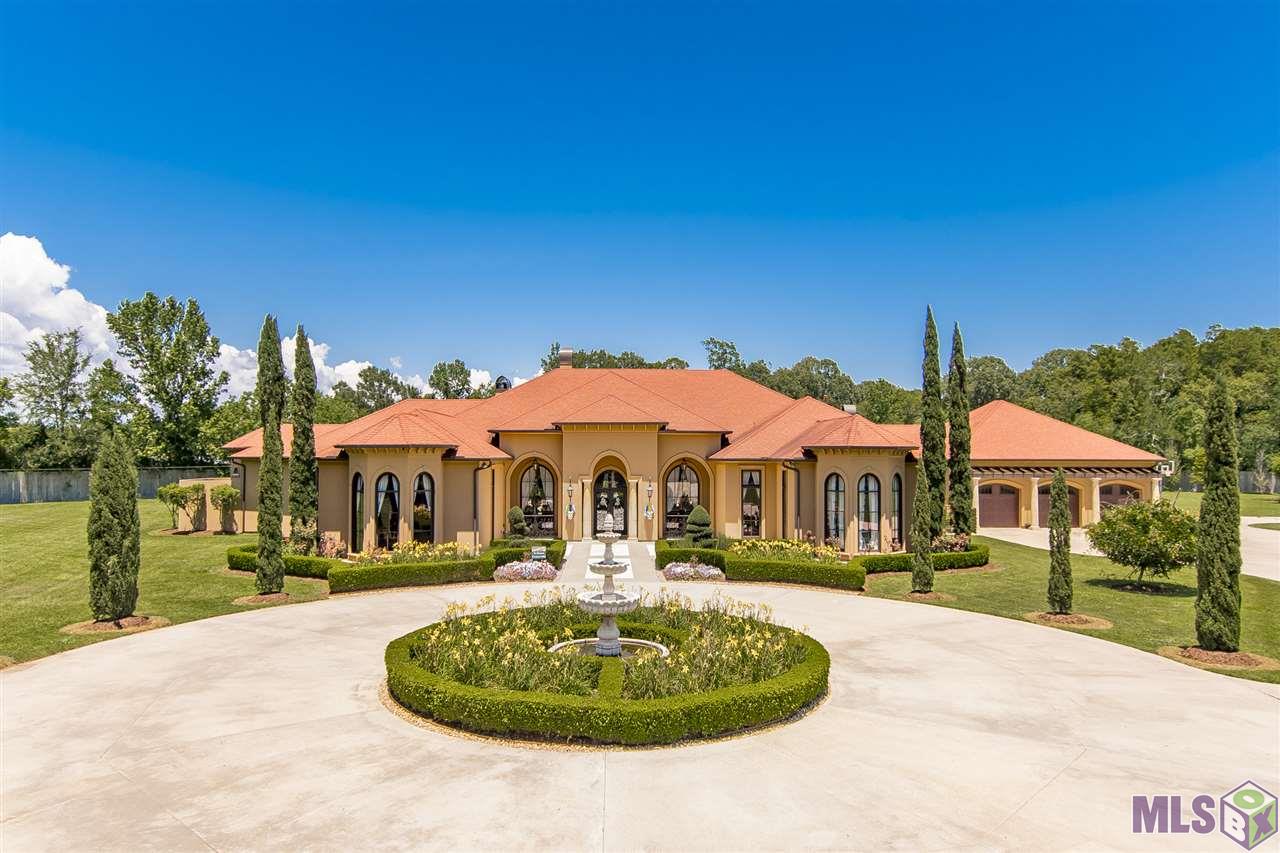 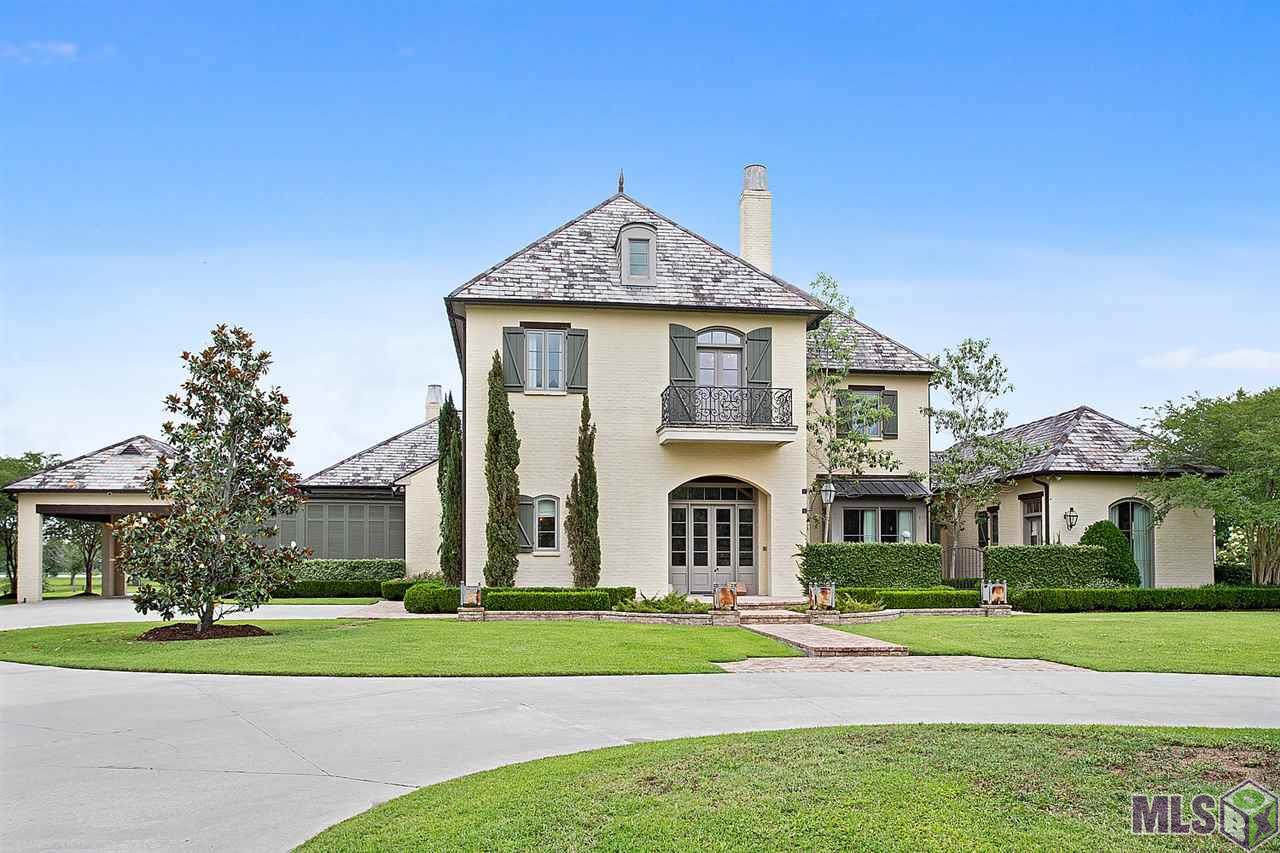 Getting Your Home Ready for that Perfect Photo Shoot!

Is your home currently on the market? One of your first steps to selling your home needs to be taking high quality and valuable pictures. That is the most crucial thing you can do to help sell your home. Most buyers, more than 90%, start their home search online. The images that are taken go…

Get Your Home Ready for Sunshine Days

It’s so close. The sun is finally peeking its head out and we can’t wait for her to show up and show out. The Summer is the perfect time to show off your home as well. Whether you’re looking to sell or stay at home this season, here are a few fun preparations to make…

The Perfect Time to Sell Your Home

There is no perfect time to list your home. We know that life is always happening, and schedules are busy. Selling a house is a commitment- and it can be emotional, time-consuming, and easy to put off.  However as we enter the spring season, we would be doing you a disservice if we didn’t tell…

5 Home Improvements to Get More Bang for your Buck

If you’re thinking of selling your home, you may look around and be overwhelmed by the upgrades, projects, and repairs surrounding you. But selling your home doesn’t mean you have to break the bank. Some improvements can take you further than others. Here are some upgrades you should consider first to get the most bang…